Sightings of the Loch Ness Monster

Sightings of the Loch Ness Monster

What does Nessie look like? Exploring sightings of the Loch Ness Monster

From unexplained ripples on the loch surface to serpentine silhouettes, official sightings of the mysterious Loch Ness monster have taken various forms over the years. So, what should you be looking out for on your upcoming visit to Loch Ness? In this month’s blog, Happy Tours explores that very question. We take a deep dive into historic sightings of the Loch Ness Monster and reveal how such sightings shape our current beliefs about ‘Nessie’. Get your cameras ready; you might just catch the next sighting…

When was the first sighting of the Loch Ness Monster? 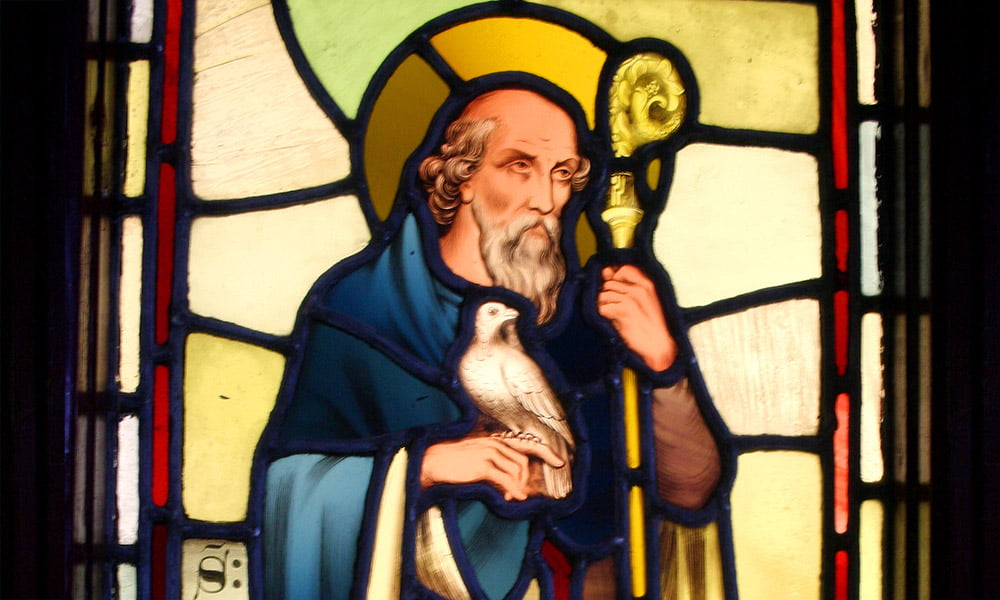 The first recorded sighting of a Monster near Loch Ness came in the late seventh century in Adamnán of Iona’s Vita Columbae (The Life of Saint Columba). In this work, the author recalls many miraculous acts performed by the missionary Saint Columba a century before. One such miracle occurred on the River Ness; the river connecting Loch Ness to the Moray Firth via the Highland capital of Inverness. Here, the author recalls a peculiar tale of Saint Columba banishing a ferocious creature from the river with holy words. This monster, which had been preying on local swimmers, had opened its mouth wide, let out a loud roar, and moved quickly through the water towards its human targets. However, according to this historic account, the beast was spooked by Columba’s holy demands and immediately retreated into the depths of the river, abandoning its prey. It is possible that this monster then fled South into the more spacious Loch Ness.

But what does this account tell us about the monster’s appearance? Well, from Adamnán’s description, we gather that the monster moves quickly, therefore having a somewhat streamlined form. Yet the monster’s ability to roar loudly implies that it must be of substantial size—likely larger than us. This large but agile description is consistent with the serpentine image we associate with the Loch Ness Monster today. 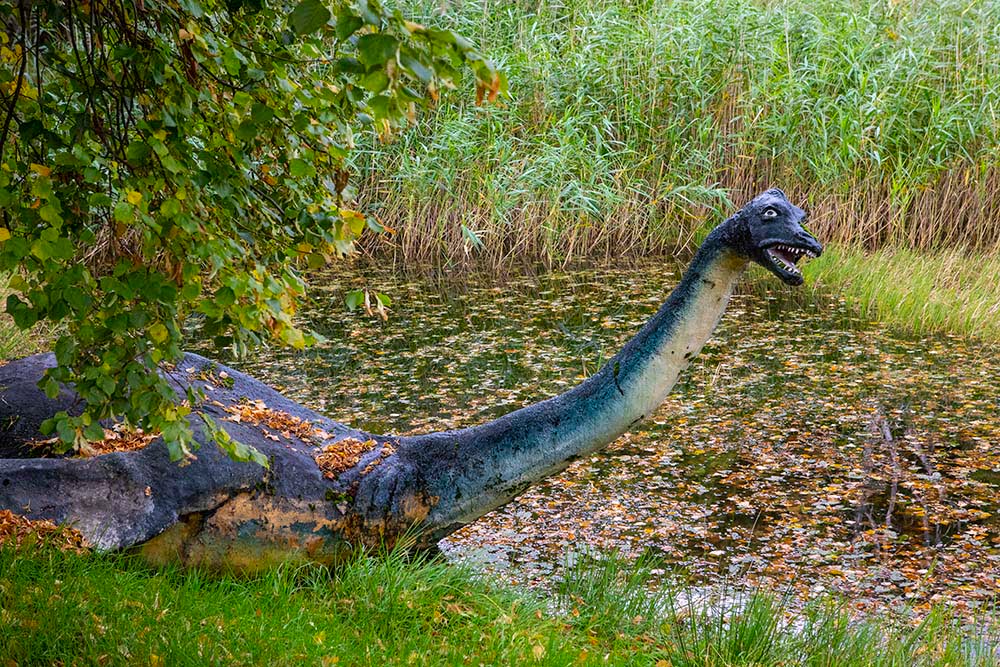 In the centuries which followed Saint Columba’s sighting, little in the way of official documentation arose to suggest the monster’s troubling presence. That is until the 1930s. Before this point, the sparse population of the Scottish Highlands meant that any sightings of a monster remained local knowledge. Moreover, such sightings had not been substantial enough to convince sceptical locals of a monster’s presence. However, when Thomas Telford began work on a new road (the modern-day A82) along the edge of Loch Ness in the early nineteenth century, this steadily improved the accessibility of Loch Ness and one’s ability to view it clearly. In the 1930s extensions of this road were built to further connect settlements along the edge of the Loch. With this came more traffic to the Loch Ness area, thereby increasing the likelihood of unusual sightings…

After completion of the new roads beside Loch Ness, a couple travelling along the route were startled by the appearance of a prehistoric-looking monster crossing the road and returning to the Loch. Their sighting was not an isolated case and soon after a Scottish newspaper reported that a beast resembling an eel, between twenty and thirty feet long had been spotted on multiple occasions at Loch Ness. This media attention sparked a frenzy, inspiring people up and down the country to come in search of the Loch Ness Monster. With growing interest, greater media coverage, and more visitors to the area, the number of sightings grew rapidly. Unfortunately, this also gave rise to numerous fake or made-up sightings by those seeking a share of the limelight.
Regardless of whether they were real or fake, however, it seemed that a clearer image of the monster’s appearance was emerging. Artist depictions of the monster throughout the mid-1930s helped shape public perception and offered curious newspaper readers something to visualise. While descriptions from sightings vary, common traits included the creature’s long and slender form and a smooth surface texture like that of a dolphin or eel. Although it seems unlikely that this creature could have survived since Saint Columba’s sighting in the seventh century, the similarities between accounts are certainly intriguing. 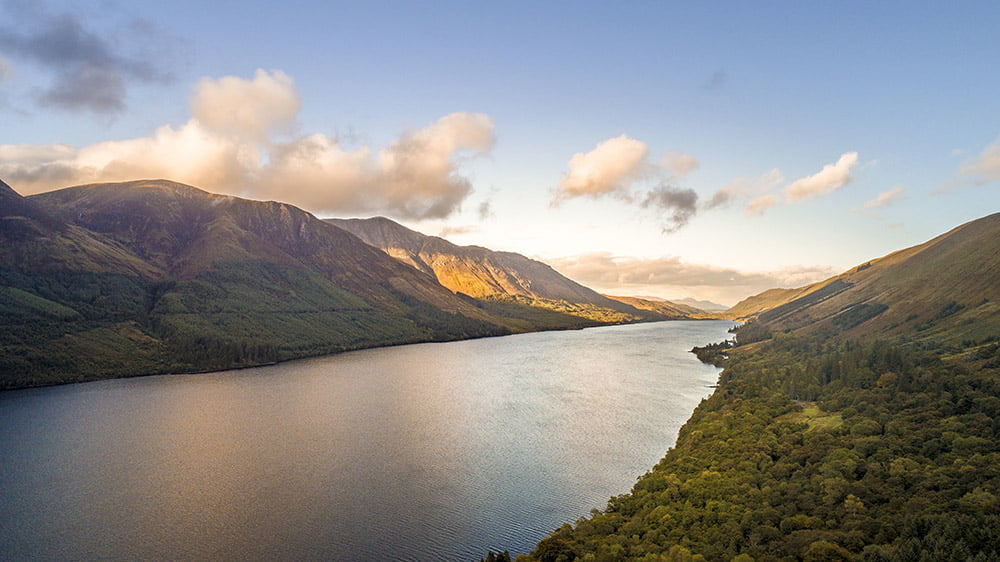 Today, veteran spotters visit the Loch regularly and monitor activity via webcam. The wide variety of technical equipment and online video platforms available means we are better equipped than ever to keep a watchful eye on the Loch for signs of life. While we strongly encourage you all to come and take a trip around Loch Ness on one of Happy Tours’ Loch Ness tours, if you want to keep an eye on the Loch for longer, why not watch the live webcam footage of Loch Ness? In addition, the official Loch Ness Monster Sightings Register helps catalogue sightings. While anyone can log a sighting, only those which are deemed unexplainable after careful consideration will be registered as an official sighting. As we write this there are over 1100 official sightings logged in this register. Could you be the next to spot Nessie? 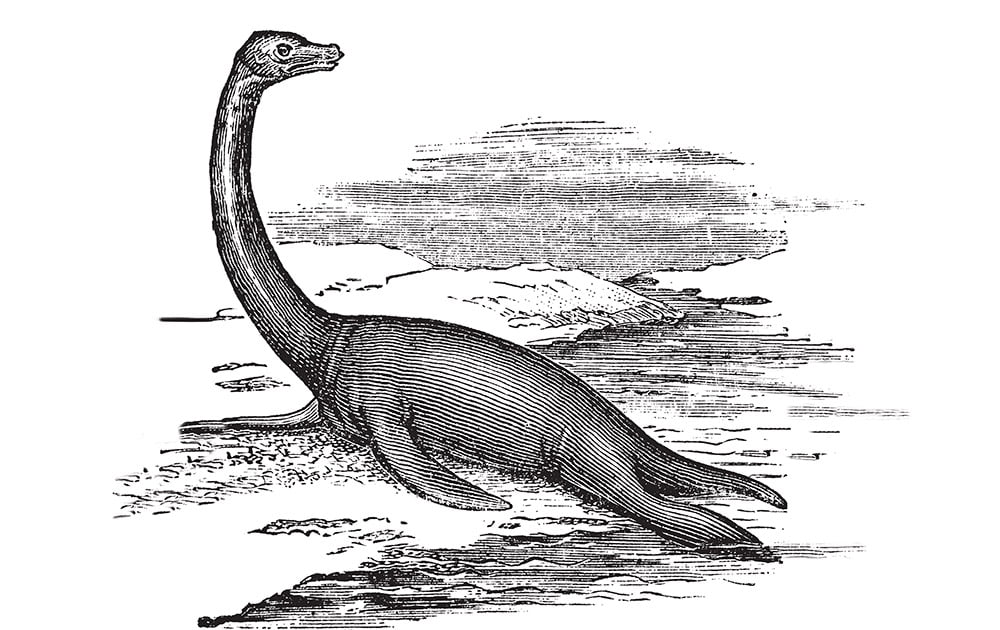 With so many theories about what the Loch Ness Monster is, it can be difficult to say for certain what you should look out for when visiting. People speculate that the Loch Ness Monster is a thought-to-be-extinct pre-historic plesiosaur while those more sceptical believe it is simply a suggestive collection of driftwood and seaweed. However, from the official sightings, the most common things to look out for appear to be large dark shadows under the Loch’s surface, sudden unexplained disturbances (ripples or waves) to otherwise calm water, and dark objects rising above the surface. Typically, sightings indicate that Nessie has a long, thin neck, smooth texture, and possibly even humps which writhe through the water like a sidewinding snake. Sightings of the Loch Ness Monster also indicate that Nessie’s head is slim and smoothly transitions into its neck like that of a snake. 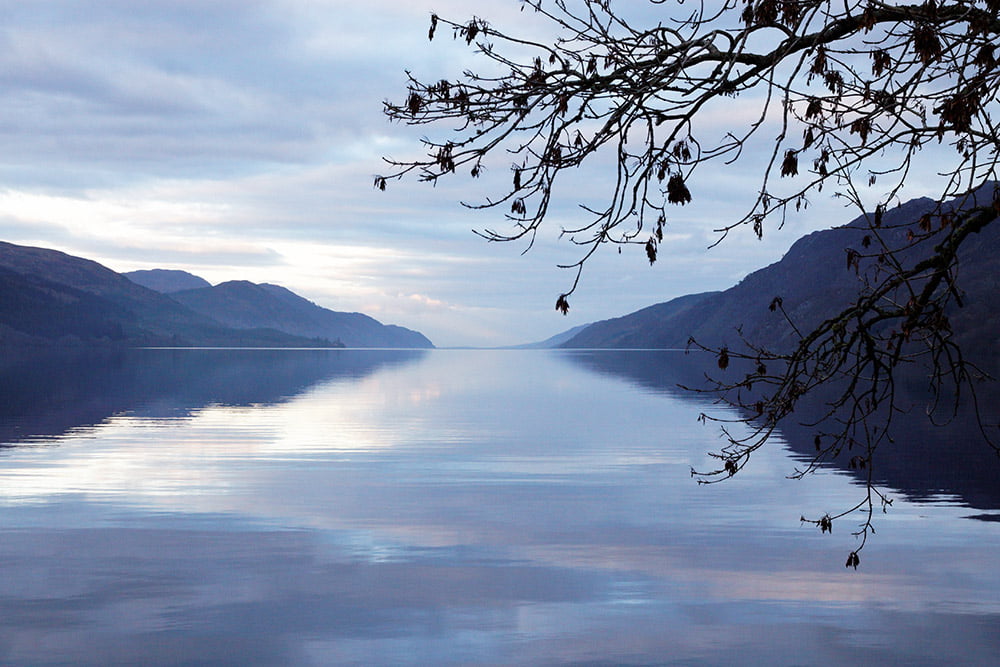 Want to try spotting Nessie for yourself? Take a trip to the Scottish Highlands and you could experience the latest sighting of the Loch Ness Monster. The Highland capital of Inverness is a short distance from Loch Ness and an ideal place to stay on a monster-hunting holiday. To find out more about getting to Loch Ness from Inverness, check out our blog explaining the best routes and modes of transport. While the live webcam is a useful tool, we recommend that you take a trip to witness the scenery at Loch Ness for yourself. Not only could you spot something, but you might even record it on your own camera for extra bragging rights. With beautiful country roads running adjacent to the Loch, monster spotting can be done on the move too. Take a trip to various spots and viewing points around the Loch to take in every angle. Happy Tours would be delighted to welcome you on board our minibus for a Culloden Battlefield and Loch Ness tour. Our tours leave from Inverness and can be booked online today. We look forward to spotting Nessie with you soon.