Scottish Myths and Legends: Ancient Myths Of The Highlands

Scottish Myths and Legends: Ancient Myths Of The Highlands

Carried down through the generations, the legends and myths of the Scottish Highlands are a proud part of our history and landscape. Explore some of the landmarks that inspired the folklore and discover the secrets that lay hidden beneath the rocks of our rugged, Scottish terrain. Read on to discover what makes Scottish myths and legends so compelling, and discover the locations you can visit that are steeped in folklore and superstition.

The Fiddlers And Fairies Of Tomnahurich 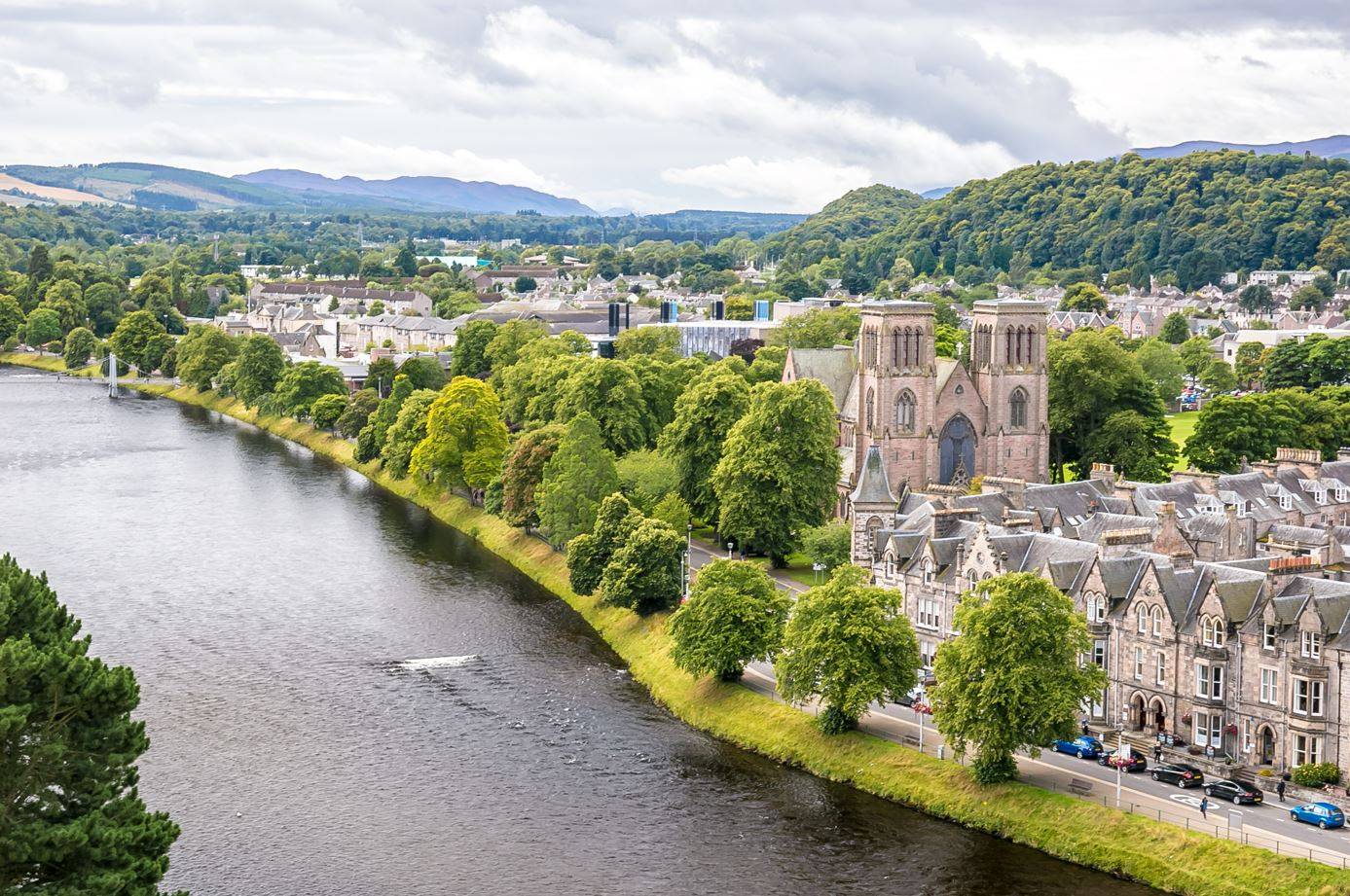 Starting in Happy Tours’ hometown of Inverness, a local legend tells the tale of the Fiddlers of Tomnahurich. According to the legend, the two fiddlers had been performing in Inverness on Christmas day and sadly received no money from the townsfolk. When a man offered to pay them to perform for a very special crowd (fairies) who lived in Tomnahurich, the fiddlers jumped at the chance. However, once their performance was finished and the men had been paid they returned to find the town radically changed and the people dressed in peculiar garments. They soon discovered that overnight the town had aged a century and all their loved ones had passed on. Heartbroken at this news, the fiddlers attended a church service and upon the bells toll, the fiddlers disintegrated into dust. Who knew such legendary sorrow lived so close to our Inverness base?

Beira, The Queen Of Winter 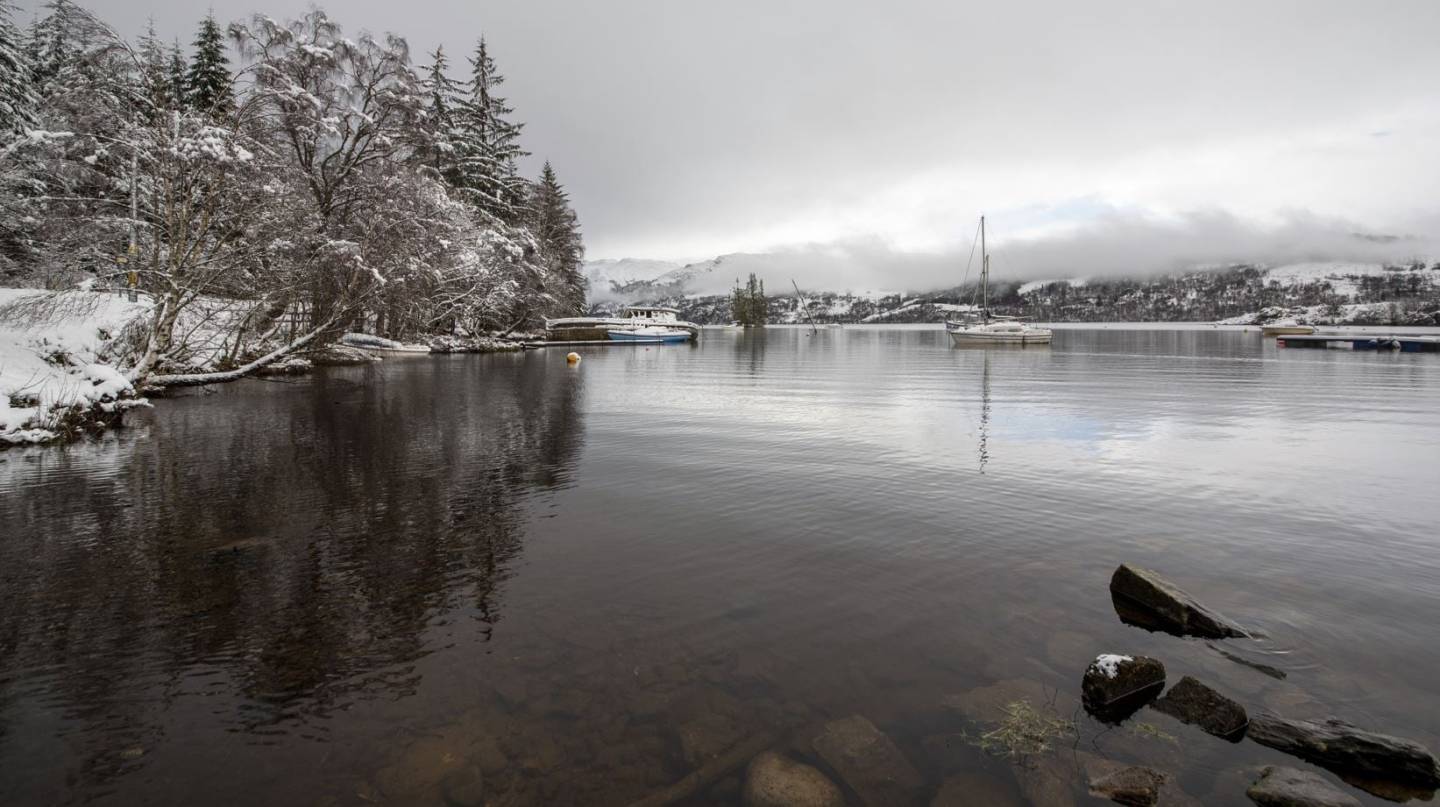 While we are all familiar with the freezing Scottish winters and torrential downpours over the hilly landscapes, apparently there is someone responsible for this. Her name is Beira – The Queen of Winter. She is believed to be the first Scottish legend to ever exist and the true creator of Scotland’s rugged landscapes. The Scottish myth tells of how when autumn leaves began to fall and the air turns crisp, Beira would appear as a tall, withered old woman who revelled in her rage and possessed immense powers. One day one of Beira’s maids, Nessa, disobeyed the Queen of Winter and so she was transformed into an icy stretch of flowing river as punishment – this river is none other than the River Ness. However, Nessa was determined to break free, so when Beira was not looking, Nessa kicked and fought her way out of the spell, leaving a huge hole in the river’s flow. If this sounds familiar, our Happy Tours team visit this very location on many of our Highlands Tours since it is more commonly known as – Loch Ness. 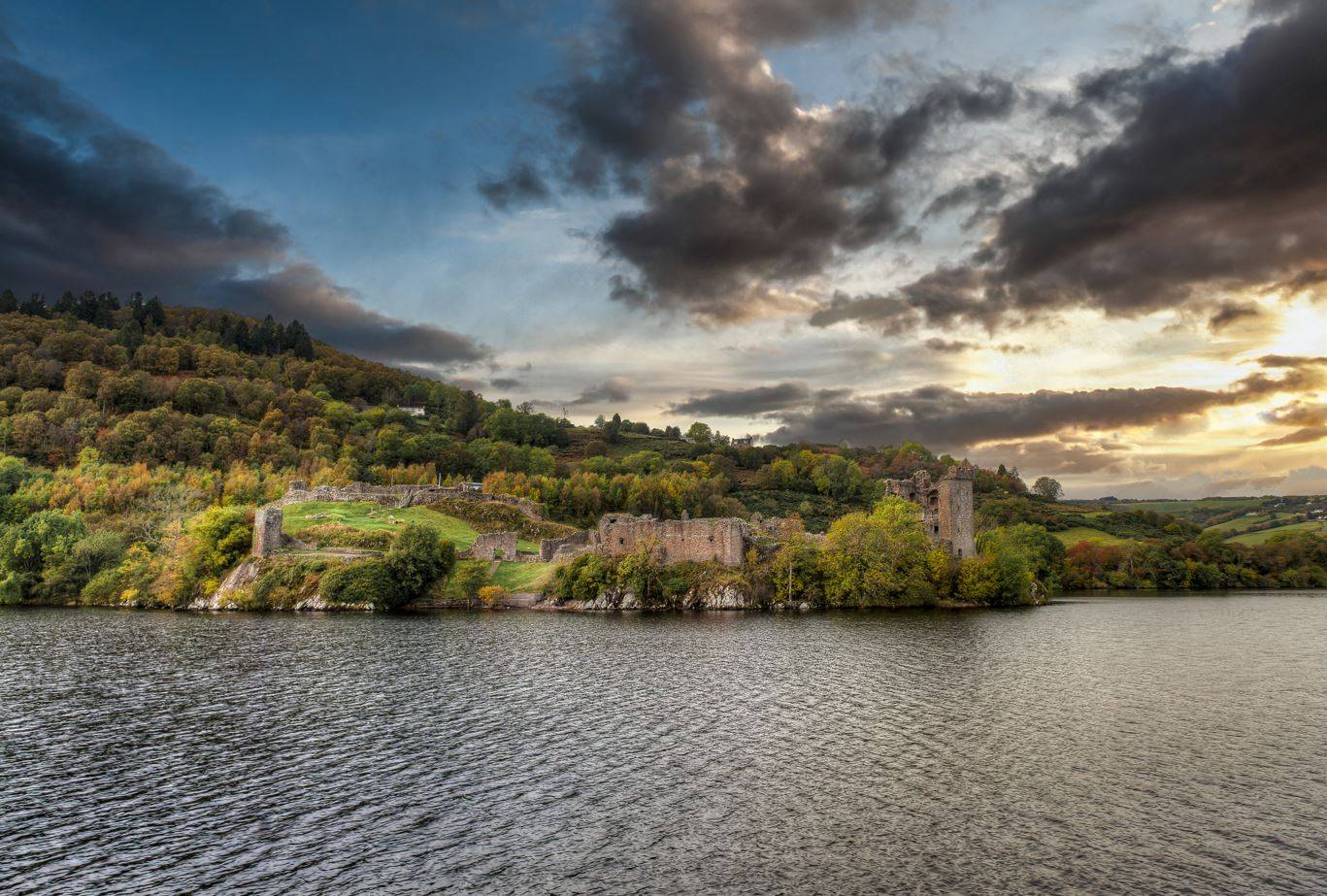 Of course, we can’t forget about everyone’s favourite Scottish myth, “Nessie”, the Loch Ness Monster. Whether you believe in our local celebrity or not, there is no denying that everyone gazes across the breathtaking Loch Ness, desperately searching for a glimpse of the world-famous Scottish legend. Be sure to keep your eyes peeled on our Culloden Battlefield and Loch Ness tours; who knows what (or who) is waiting for you? The Scottish myth of the Loch Ness Monster is said to be one of the oldest in the history of the Scottish Highlands. Stone carvings from as early as the era of the Picts show a gigantic water serpent emerging from the depths of the Loch. The first written sighting took place in Saint Columba’s biography from 565 AD and since then there have been many claims to sightings – but so far none of them has been proven true. Now it’s your turn – come and join us in searching for this incredible local Scottish legend on one of our Highland Tours!

The Old Man Of Storr 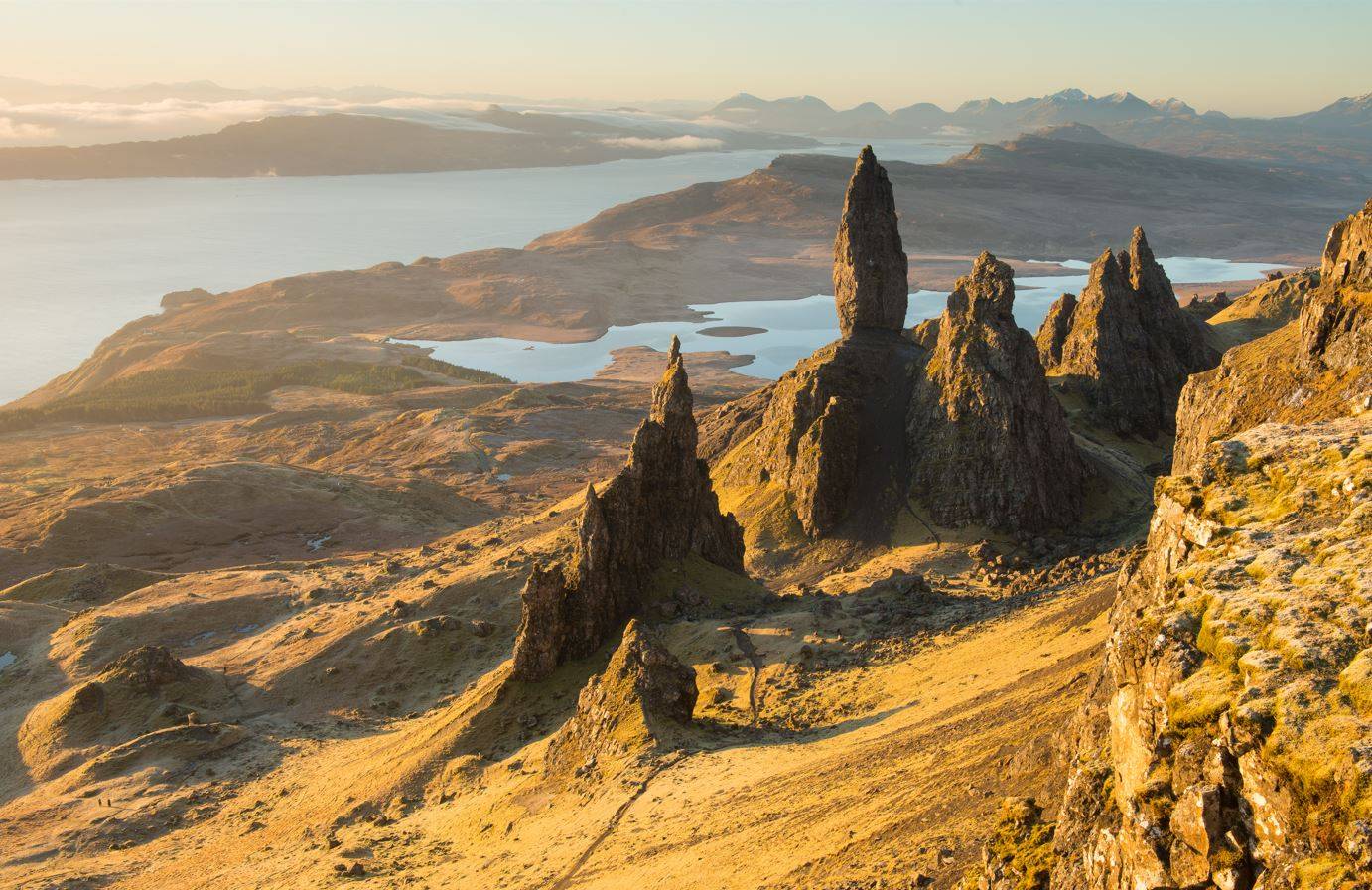 Our Isle of Skye tour is one of our most popular tours available and it is easy to understand why. With Scottish legends of giants and fairies spread across the breathtaking landscape, the Isle of Skye is brimming with folklore. The Old Man of Storr, in particular, is a favourite with tourists and locals alike. This ancient landmark has many Scottish myths surrounding its formation – from demons turning giants into stone to fairies deceiving an old man and trapping him and his wife for eternity. However, our favourite tells of a married man who saves and befriends a Brownie (a goblin creature). One day the Brownie tells the man he must leave for a short while, but will soon return to see his old friend. While the Brownie is gone, the man’s wife passes away and he is left so heartbroken that he too passes away. When the Brownie returns, devastated, he decides to carve the now-iconic stone pillars as a way for the world to remember his dear loved ones. Whichever version of the Scottish myth you choose to believe, come see these remarkable stones for yourself on our Isle of Skye tour and discover firsthand the magic that surrounds them.

The Fairy Flag Of Clan MacLeod 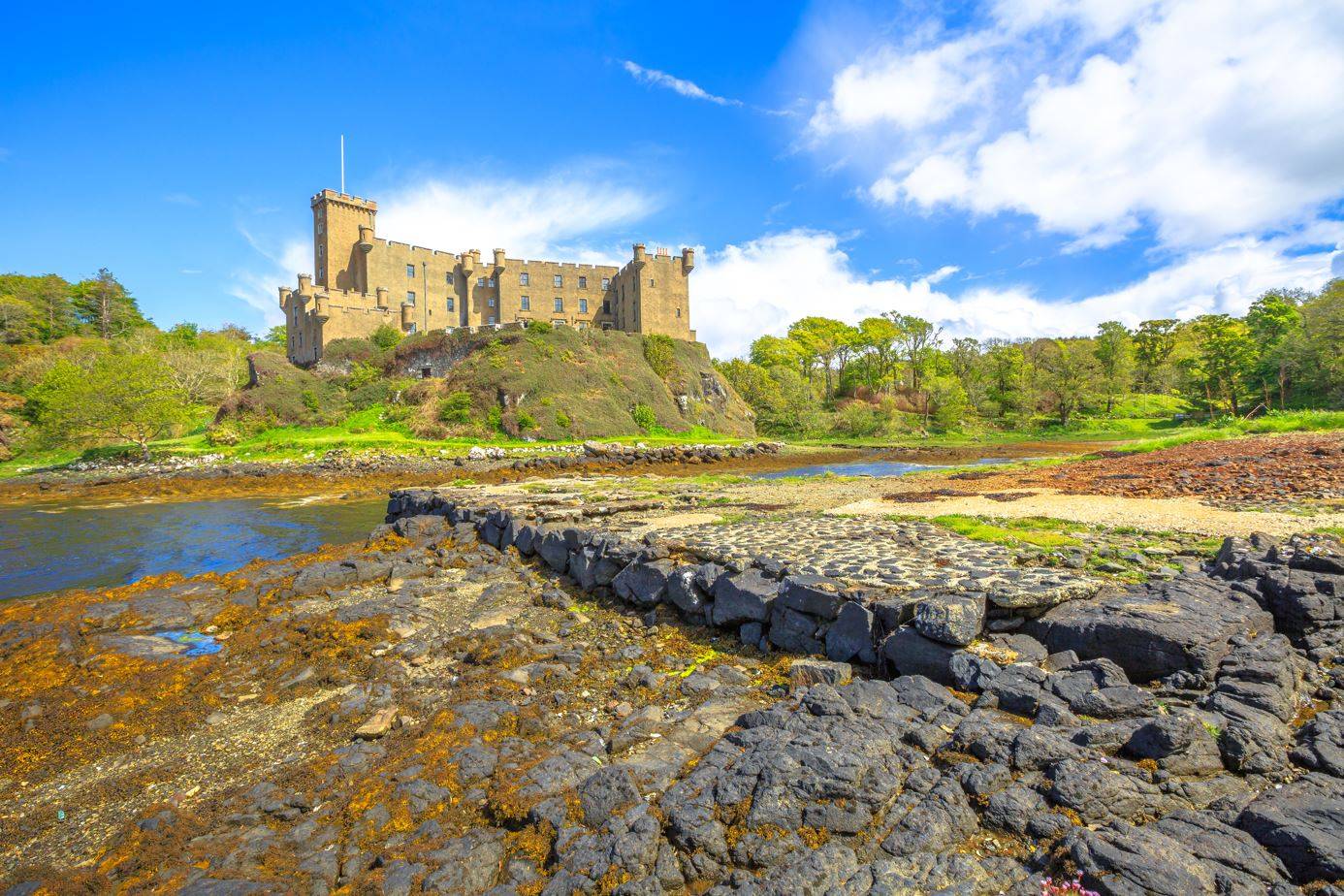 Dunvegan Castle on the Isle of Skye is known for its grand size and the long line of MacLeods that have lived there for over 800 years. But, did you know that the most prized possession in the castle is the Fairy Flag? The Scottish myths and folklore surrounding this flag are endless. The most believed legend tells of a MacLeod clan chief falling in love with a beautiful woman who turned out to be a fairy princess. The princess’ father made her a deal; she could marry the chief if she returned to her fairy people after one year and one day of marriage. She accepted the deal and once the year was up, she kept her word but was heartbroken to leave her husband and their son behind. One night when their son was alone and crying, the princess snuck in to wrap him in a protective shawl and told him that the shawl would keep the entire clan safe three times before it disappeared forever. To this day, the clan see this flag as a symbol of good luck and apparently, they still have one protective use left! 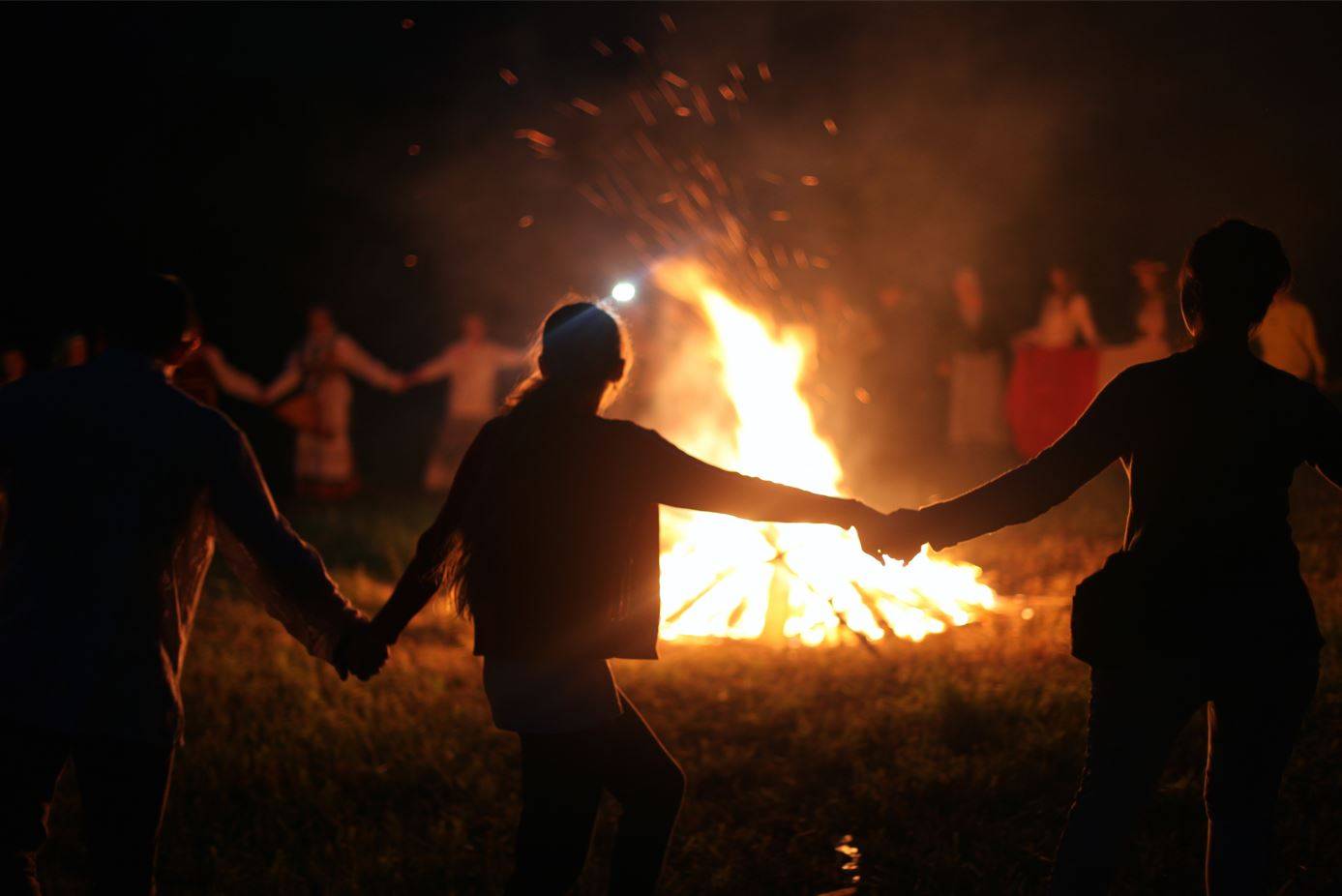 Interested in exploring the breathtaking Scottish landscapes on one of our Highland tours? Be careful not to cross any Baobhan Siths on your travels. The Baobhan Sith (pronounced baa’van see) are one of the most notoriously, deadly Scottish legends said to roam across all the Highlands in search of their next meal. Luring weary travels in with their youthful femininity, Baobhan Siths usually prayed on men – especially hunters – and would ask to dance with them until the men became so tired that they were too weak to fight the Baobhan Sith off. Much like vampires, this Scottish legend would drain their prey of blood – but should they choose to drain a woman then she would awaken as a Baobhan Sith and join their newfound family for all eternity – but don’t fret. If you’re joining us as part of a tour, our Happy Tours guides will keep you right!

The Ghosts Of Culloden 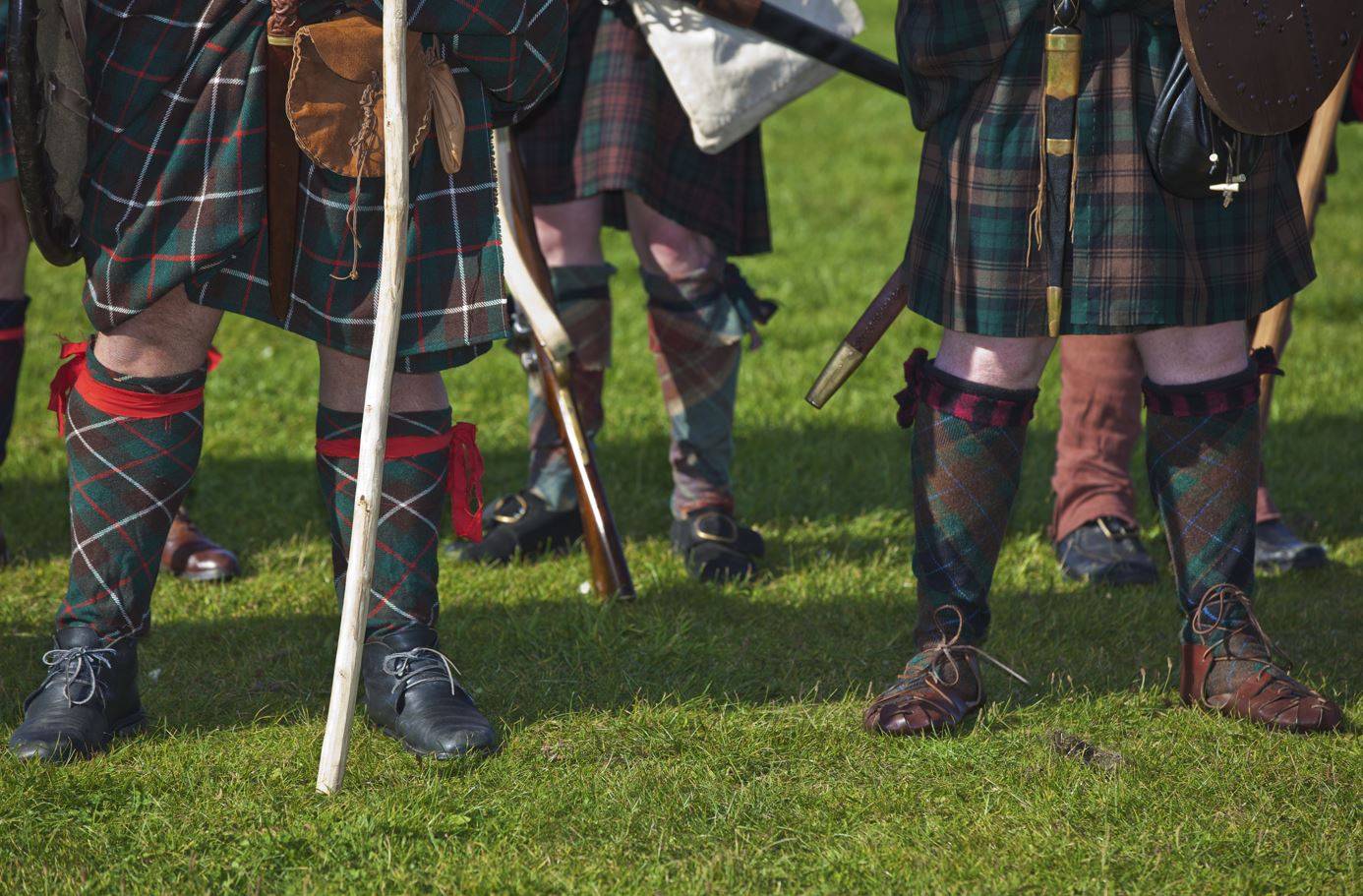 The Battle of Culloden – this historical conflict is known throughout Scotland as a brutal and bloodsoaked battle with casualties spread far and wide across the Culloden moor. Legend has it if you walk by the battlefield on April 16th – the anniversary of the battle’s end – you can hear the clashing of swords and ghosts of soldiers crying out their battle chants. The Scottish myths tell of one brave soldier who fought so valiantly during the battle that he chose to never leave the field even after death. He is said to lie on the battleground every year and guard the moor against anyone who dares to claim it from him. Interested to find out more? Book yourself onto one of our Culloden Battlefield or Outlander tours and discover this incredible piece of Scottish history.

So, are you ready to explore the mystical side of the Scottish Highlands? For booking information please get in touch at tours@happy-tours.biz or give us a call on +44(0)7828 154 683. Who knows what legendary creatures may be keeping a close eye on you throughout your travels?