Beautiful Rivers of Scotland and Where To Find Them

Many towns and cities have been strategically developed around the freshwater supplies of Scotland’s rivers. Most of these towns and cities even take their names from the rivers they surround. Take Inverness as an example; the word is derived from the Scottish Gaelic for ‘mouth of the River Ness’. However, the rivers of Scotland are often overshadowed by more famous sights and tourist attractions despite their being so abundant and accessible. At Happy Tours, because we see the rivers of Scotland as such beautiful attractions in their own right, this month’s blog spotlights them. We’ll be straightening out some common misconceptions about the rivers in Scotland as well as guiding you through where to find them. We hope that on your next trip to Scotland you’ll recognise some of these beautiful rivers along the way.

Is Loch Ness a river? 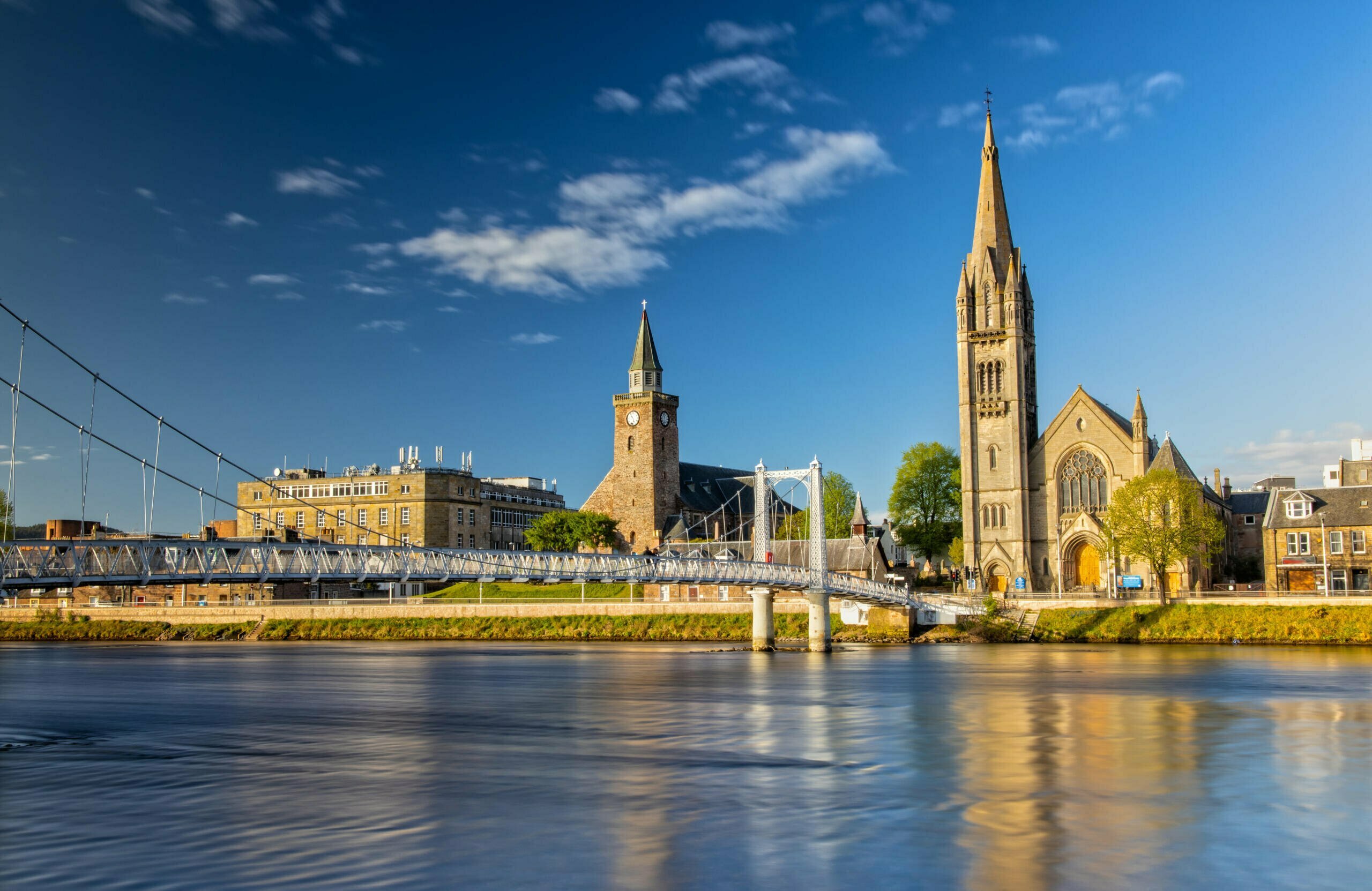 First of all, let’s address this popular question: Is Loch Ness a river? No; lochs and rivers are very different. A loch is essentially the Scottish equivalent of a lake. Both a loch and a lake are characterised as large, still bodies of water enclosed by land. A river, on the other hand, is a moving body of water, flowing from its source towards a large body of water such as the sea or a loch. In the Highlands, there exists both a Loch and a River Ness. Loch Ness, Scotland’s largest Loch by volume, is found approximately 8.5 miles from the Highland capital of Inverness. Loch Dochfour, found slightly to the north of Loch Ness, is the source for the River Ness which then flows through the city of Inverness, towards the Moray Firth. So, the commonly confused River Ness is in fact a distinct entity and beautiful tourist attraction in its own right. Visit both the River Ness and Loch Ness along the routes of our Isle of Skye Tour and Culloden Battlefield & Loch Ness Tour. 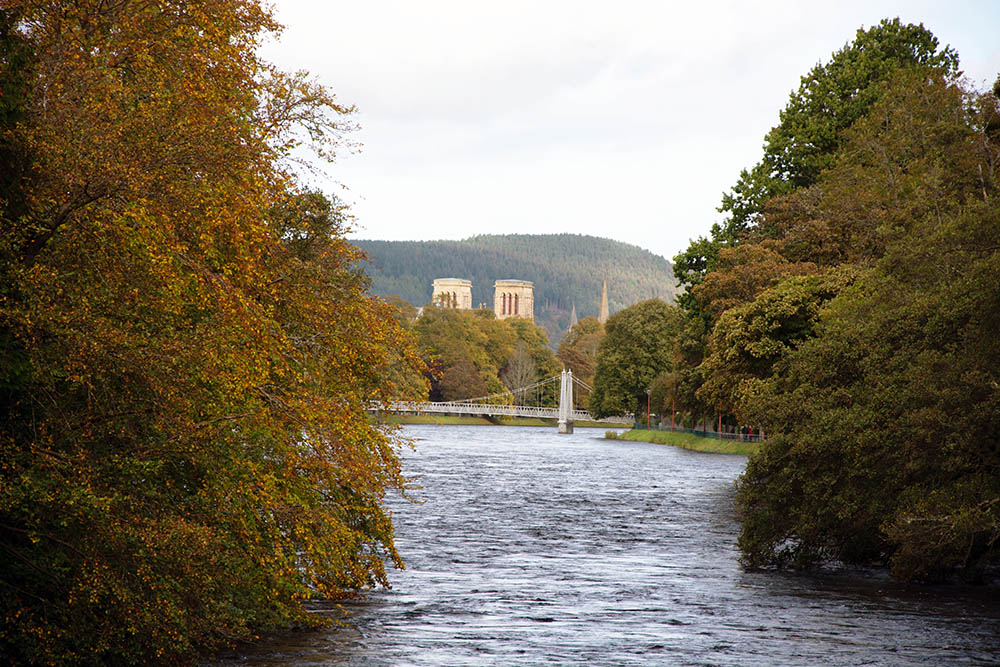 Where is the River Spey? 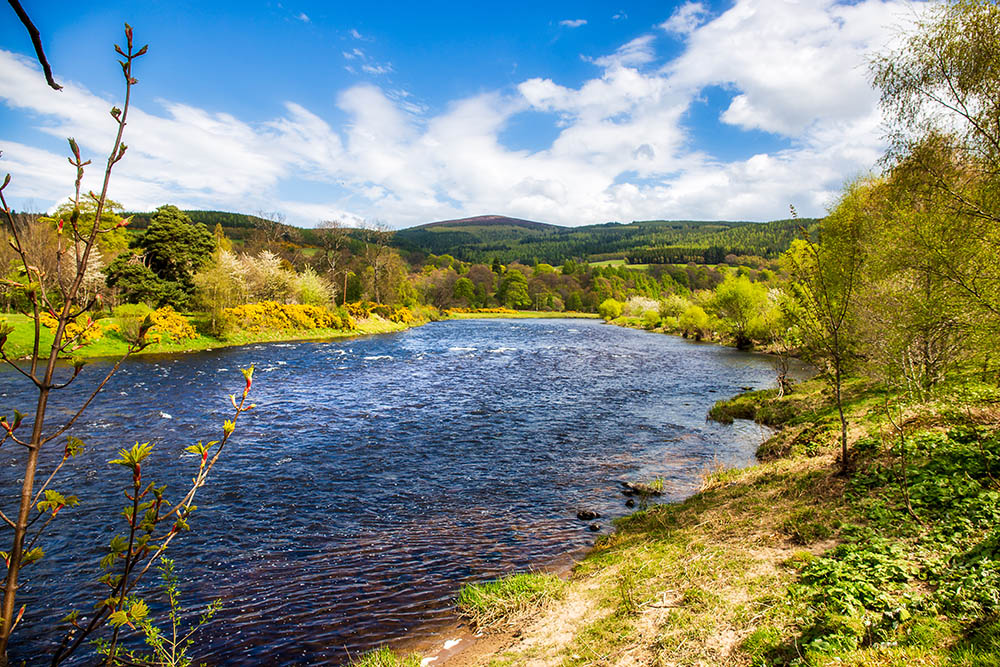 Another popular and highly regarded river in Scotland is the River Spey. This river passes through the Cairngorm National Park and various Highland towns such as Aviemore, before flowing into the Moray Firth. The area along the Spey, while still a sub-region of the Highlands, is often referred to as Speyside. The name denotes how crucial the River Spey is in sustaining those settlements which have been built up around it. As well as the surrounding towns and villages, the Spey helped build Speyside’s remarkably successful whisky industry. The multitude of whisky distilleries in and around Speyside depends on the invaluable source of fresh water from the River Spey. Such is the influence of the Spey that Scotland’s three biggest selling single malts—Glenfiddich, The Glenlivet, and The Macallan—are all distilled in Speyside. The River Spey and surrounding countryside are also very beautiful. Why not see Speyside for yourself by joining Happy Tours on a Speyside Whisky Day Tour? See the spectacular scenery around the River Spey and taste some of the finest Scottish whisky at the Glenfiddich, Tomatin, Cardhu, and Glen Moray Distilleries.

What is the longest river in Scotland 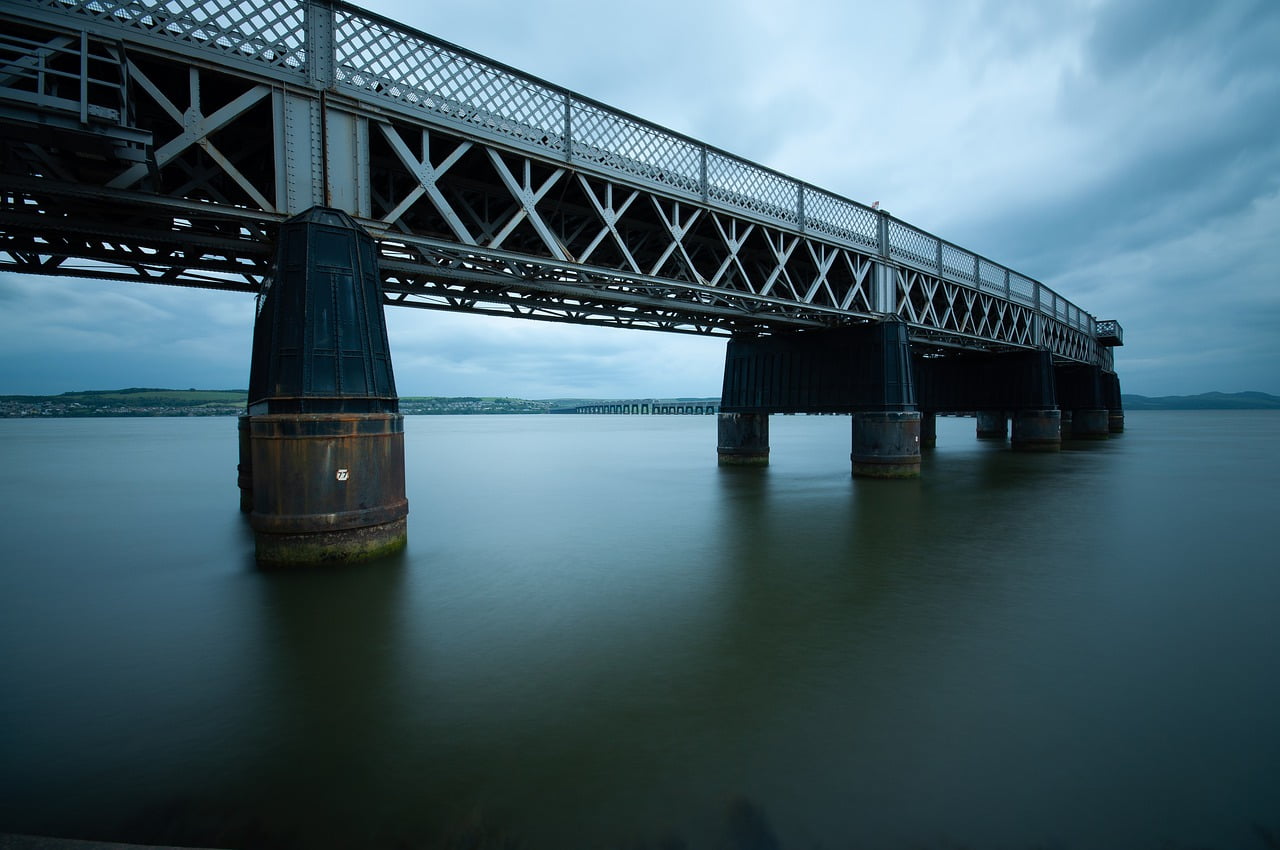 The longest river in Scotland is the River Tay. The Tay is easily accessible via the cities of Perth and Dundee in the aptly named Tayside region of Scotland. While the mouth of the Tay can be found near Dundee, emptying into the North Sea, this Scottish river actually begins at its source on the opposite side of the country. The beginning of the longest river in Scotland can be found slightly south of Ben Nevis, at the mountain peak, Stob Ghabhar. This peak is an approximately 46-mile drive southeast of Fort William in western Scotland. The second longest river in Scotland is the River Spey which winds throughout central Scotland. This is followed closely by the Clyde which begins in South Lanarkshire and flows north through the city of Glasgow and into the Firth of Clyde.

Where will you find the most beautiful Rivers in Scotland? 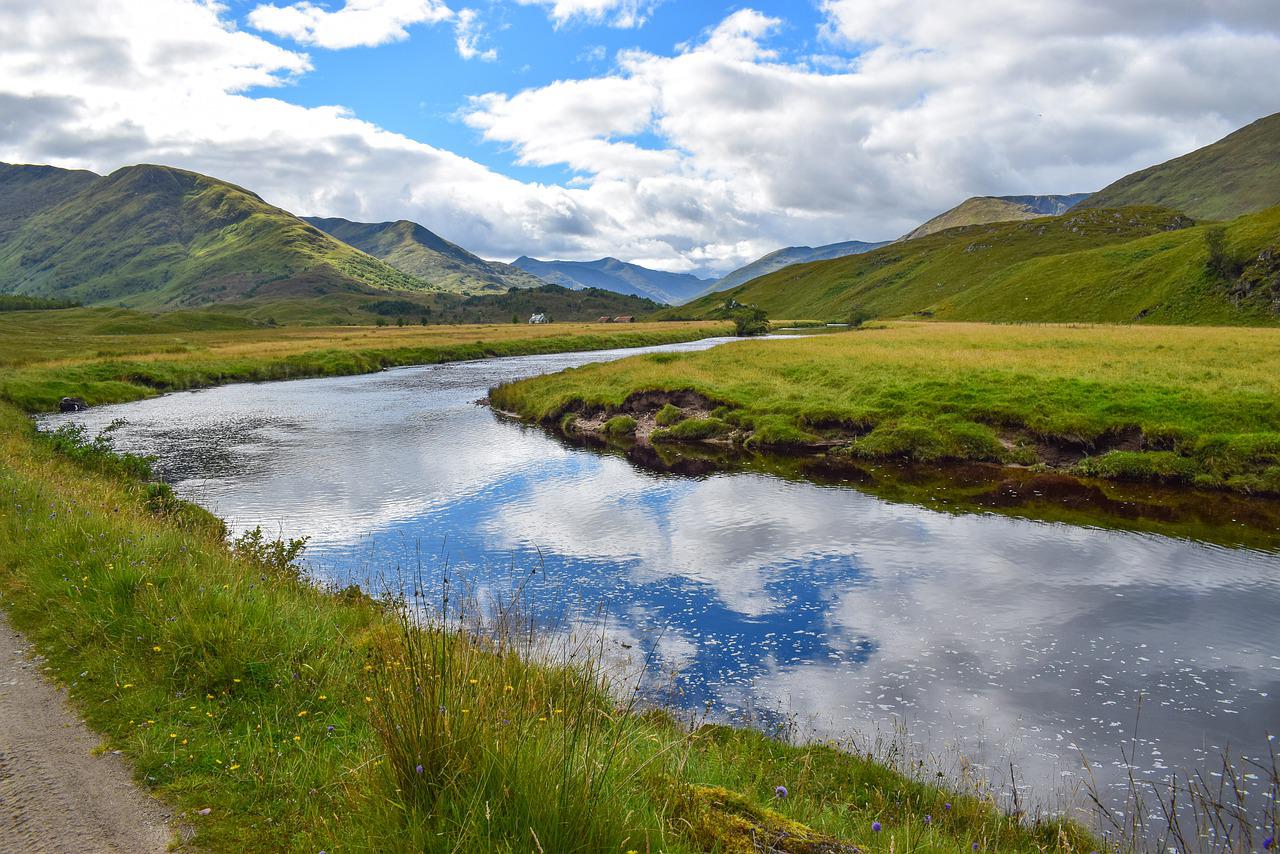 Other beautiful rivers we are yet to mention include the River Affric, River Findhorn, and River Conon. The River Affric is found between Inverness and the Isle of Skye flowing through the gorgeous Glen Affric nature reserve. The staggering views found along the River Affric are ideal for nature lovers.

Lastly is the River Conon which can be found when travelling north of Inverness towards Dornoch and Dunrobin Castle. This river is popular for salmon and seatrout fishing.

We highly recommend looking out for these beautiful rivers while visiting Scotland. If you’d like to see some of these Scottish rivers amongst many other popular Scottish sites, why not book a tour with us? As well as seeing the River Spey on our Speyside Whisky Day Tours, or the River Ness on our Culloden Battlefield and Loch Ness Tour, you can arrange a private tour with us and arrange your own itinerary. If you’re interested in Scottish rivers and wildlife, we can help you plan the perfect tour. Get in touch today or book your next tour with us online.