Historical Landmarks and the Ancient People of Scotland

Ever wanted to learn more about your Scottish ancestral connections? Here at Happy Tours, we regularly help visitors learn more about the country and its rich history. People often come looking for the specific places which hold meaning in their lives, others simply wish to learn more about our beautiful country. With so many fascinating historical landmarks in Scotland and so many of you keen to learn their histories, this blog is the perfect primer for a bespoke tour with us.

In this blog, we guide you through some of the most significant historic sites in the Scottish Highlands. We’ll unravel the fascinating stories behind these Scottish landscapes and explore the ancient people of Scotland whom we must thank for them.

Historic Landmarks and the Ancient People of Scotland

Who were the ancient people of Scotland?

When we refer to the ‘ancient’ people of Scotland, we encompass some of the most distant civilisations. This covers the period from the origins of humankind approximately 2.5 million years ago to the end of the Classical Era in the fourth century CE. Furthermore, when referring to ancient people, we encompass civilisations which belong to both the prehistoric (before recorded histories) and ancient historic (from the first recorded histories) eras. This includes civilisations belonging to the Stone, Bronze, and Iron Ages. 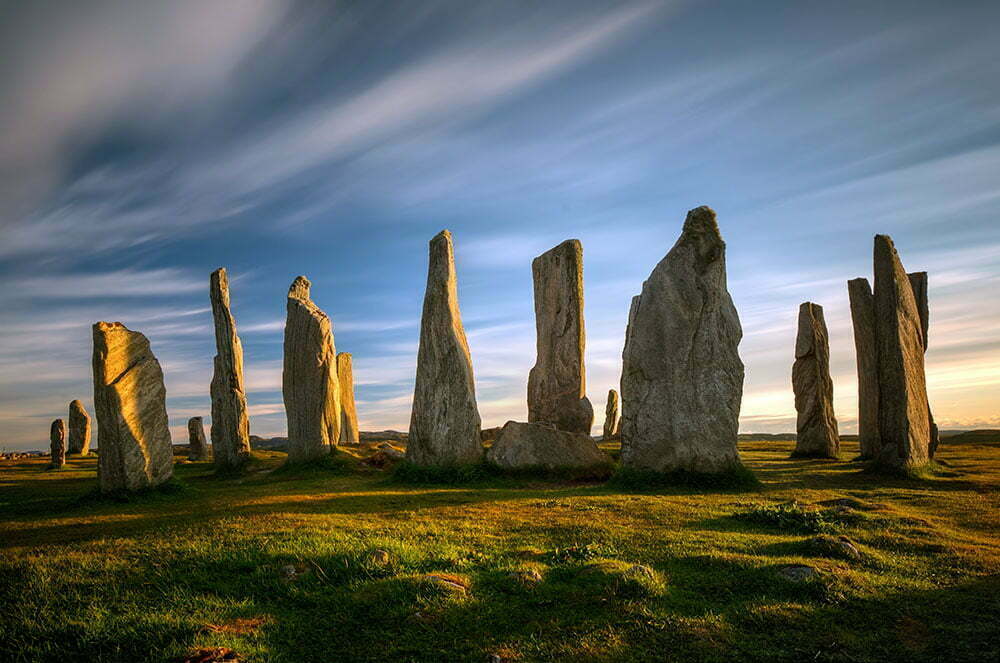 Ancient people of Scotland in the pre-historic era

We know that Scotland has been inhabited by humans since approximately 10,000 BCE, yet little is known of Scotland’s earliest inhabitants before 3000 BCE. Aside from the remains of stone tools and the like, historians have little else to form theories around. By the late Stone Age, it is thought that farmers arrived from elsewhere in Europe intent on cultivating Scottish soil. During this time, known as the Neolithic period or New Stone Age, some of the richest insights into the lives of Scotland’s ancient people were formed. Some of those, the Calanais Stones, are found on the Isle of Lewis in Scotland’s Outer Hebrides. The Calanais Stones indicate the kind of ceremonious and ritualistic behaviours of the ancient people of Scotland during the Neolithic period. Another of those rich insights which remain today is Skara Brae, formed circa 3000 BCE on the present-day Scottish island of Orkney. The Neolithic village at Skara Brae was constructed of stone but embedded in the existing mounds of the surrounding landscape. This helped to shelter inhabitants from the elements beneath the ground. It is estimated that Skara Brae was inhabited for approximately 600 years before being abandoned… 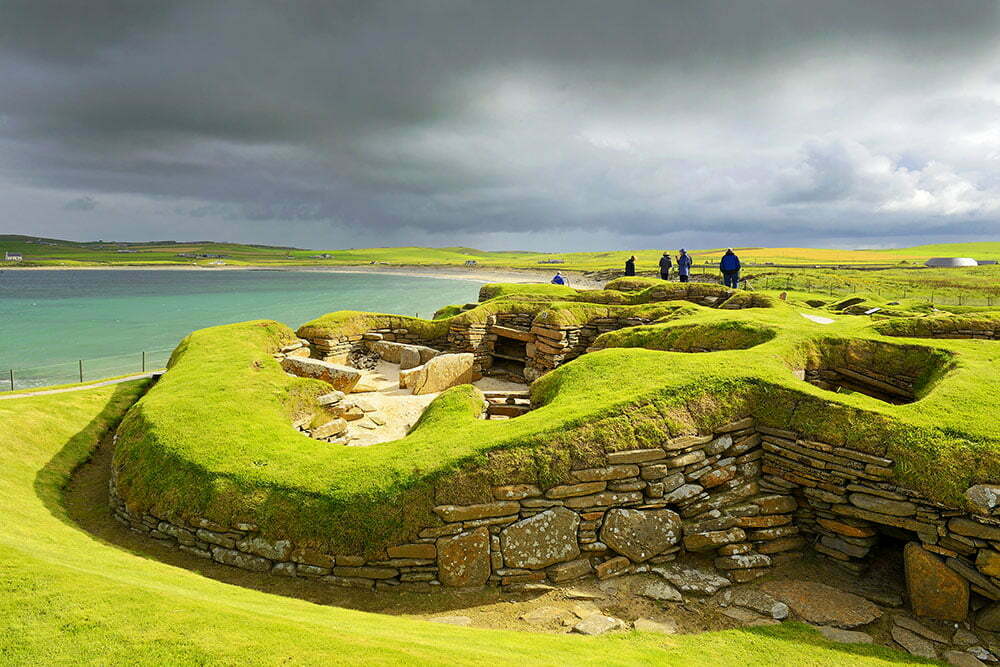 Despite Skara Brae being so well preserved for its age, mystery still surrounds this Neolithic village. After hundreds of years, it appears that the people of Skara Brae abandoned their home, leaving it buried beneath the ground until re-discovery in 1850 CE. The reason for abandonment is speculated by some to have been a devastating storm threatening to bury the village in sand. Historians back up this theory with evidence of personal possessions left behind in haste and preserved ever since. However, others reason that the village was not buried underground by one catastrophic storm but rather by gradual deposition processes. This would indicate that some other threat or perhaps personal preference was behind the village’s abandonment. If you can make it to the island of Orkney after exploring Inverness and the Highland mainland with Happy Tours, we recommend this historic settlement to the keen historians among you. 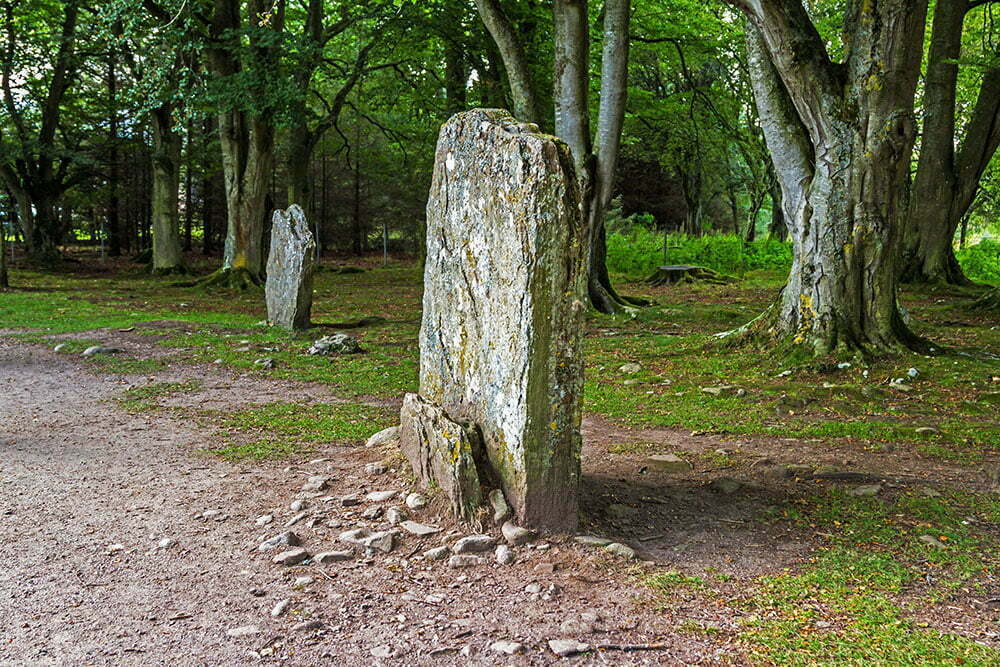 A short distance from the Highland capital of Inverness, you can find some of Scotland’s most substantial and ancient standing stones and cairns. Clava Cairns, The Bronze Age burial ground, comprises ancient standing stones and tomb complexes nestled in scenic woodland. The site was first used as a graveyard circa 2000 BCE, around the middle of the Bronze Age and remains remarkably complete today. The word Cairn, from Scottish Gaelic, denotes the process of piling up stones as a marker, typically for burials. Prior to the Bronze Age, burial sites would usually house whole communities, however around the time that Clava Cairns was formed, such sites were erected on a more individual level. Therefore, it is possible that the Clava Cairns were used for a few notable individuals rather than their whole community. If you’re interested in seeing Clava Cairns during your visit to Scotland, come along with Happy Tours on a Culloden Battlefield and Loch Ness Tour. Alternatively, feature Clava Cairns as part of your bespoke Private Tour.

Ancient people of Scotland: the Picts

It is believed that early forms of writing were established by the Picts who inhabited the northern and eastern parts of modern-day Scotland throughout Late Antiquity and the Early Middle Ages. The Pictish people are said to have taken influence from writing systems exposed to them by Roman invaders around 1700 years ago. While the Romans never successfully conquered the North of Scotland, historians and archaeologists believe that Roman influence contributed to the development of Pictish symbols. The series of Pictish symbols can be seen carved into great slabs of stone; one significant example being the Hilton of Cadboll Stone. This stone, currently on display in the National Museum of Scotland in Edinburgh, was originally uncovered north of Inverness at the stone’s eponym, Hilton of Cadboll. A replica of the Pictish stone was erected near the original discovery site which helps us visualise the creation in context. For those interested in the ancient people of Scotland, this location would make a great stop on a private tour. 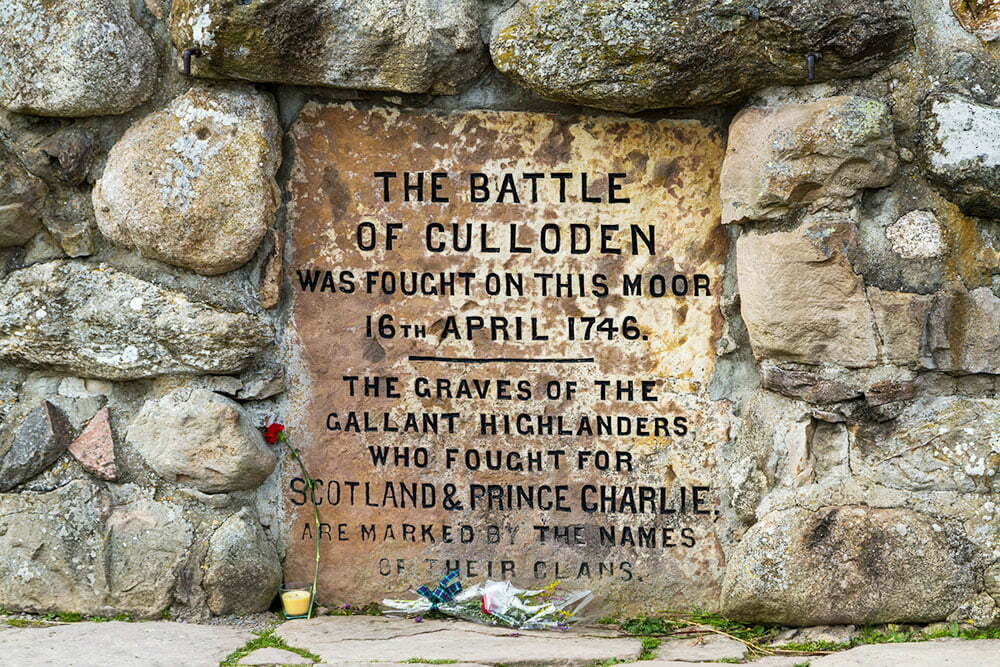 Other Historical Landmarks in Scotland

Flashing forward to 1746 CE and the Early Modern period, we see revolutionary events of the 1745 Jacobite rebellion end at the Battle of Culloden. This battle between the Jacobites and British Government forces resulted in defeat for the Scottish Jacobites. They had fought and lost defending Charles Edward Stuart, or the Bonnie Prince Charlie’s, claim to the throne. The Culloden Battlefield is a poignant historical landmark in Scotland which features various stones engraved to commemorate the Scottish clans who fought in the Jacobite army. The battlefield is popular with visitors wishing to pay their respects to ancestors with whom they share a surname. If this is something you’ve been considering, Happy Tours visit the battlefield on Culloden Battlefield and Loch Ness Tours as well as on Private Tours. 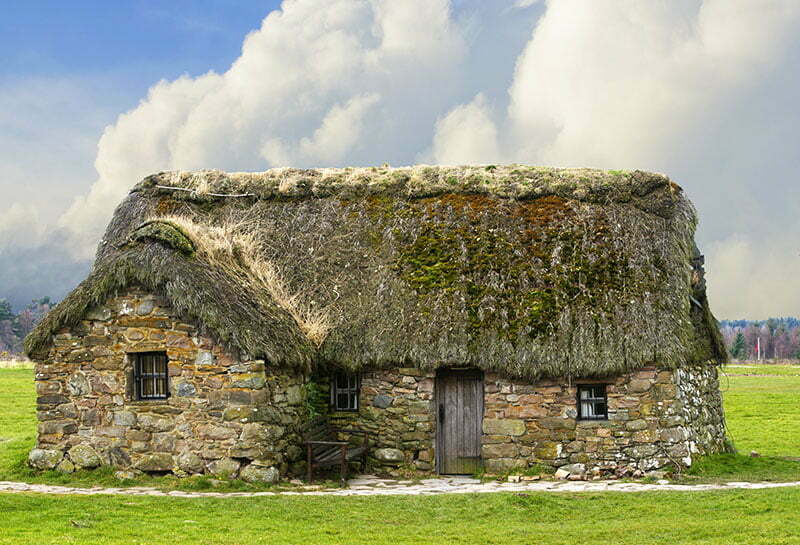 If you’re looking to explore ancestral connections to Scotland, Happy Tours can help you find the historical landmarks that interest you most. Our private tours are incredible opportunities for creating bespoke itineraries and focussing on personal connections. On a private tour, you will also have a choice of vehicle: our minibus or Land Rover. The Happy Tours minibus is ideal for larger groups of up to eight people and facilitates great views over the Scottish landscape for everyone throughout the journey. The Happy Tours Land Rover is a relatively new addition to the family and is exclusively available to private tour customers. The quintessentially British Land Rover accommodates smaller tour groups and offers a touch of luxury. You can find out more about our Land Rover here or find out more about private tours here. We look forward to welcoming you to the Highlands and helping you explore Scottish history in style.